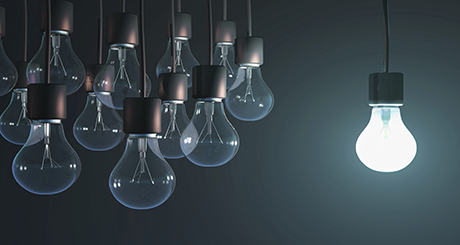 Spinning off last week’s question, are you an illiterate and distracted Christian? I would like to bring another important query for our readers to think about, are you a leader? While you are thinking about that, can you respond to another question, are leaders born or are they made? This was the key question that began a relatively small seminar our staff was invited to attend. Peace officers sat with peace makers, in what you could call a cross training leadership class. The seminar entitled ‘Leadership and Integrity’ was hosted by the LA County Sheriffs. The speaker was a burly, tall, white haired gentleman––retired Lieutenant General William “Jerry” Boykin.

As a three-star general, he served in the Delta Special Forces and was the United States Under Secretary of Defense for Intelligence under President George W. Bush, from 2002-2007. He is an author, speaker and ordained minister. He spoke candidly, and at times emotionally, concerning the rescue of five missionaries, the true events behind the mission that familiarized the movie ‘Black Hawk Down’ in Somalia. As he witnessed the horrors of war, he conveyed to us the inhuman acts of those who mutilated the bodies of killed US military soldiers. The tragedy led him to his own personal crisis when he questioned, “Where was God when this happened?” In response, God spoke clearly to his heart about the question he was wrestling with in his mind, “If there is no God, there is no hope.” The impact was life changing for the general and ever since he has spread the hope of Christ throughout his ministry.

He is a hero in every sense of the word.  This brave man bares the marks of wisdom as he shared his experiences and insights on leadership. He answered the question, “Can everybody be a leader?” Absolutely. In your home, in your work place, in your neighborhoods, wherever your sphere of influence happens to be, you can lead.

The general asked the audience another question, “What kind of qualities must a leader have?” From the spectator’s answers, a list was created. Leaders should be: courageous, have integrity, dependable, risk takers, disciplined,  persistent, selfless, owning physical courage and moral courage, have high moral standards, teachable, good communicators, a need for self-awareness, accountable, be a man or woman of their word, be driven by passion and vision, have humility and wisdom and be trusted to keep confidence. With this lengthy list he went on to build the perfect leader by defining all these characteristics.

He went on to speak to us about the differences between leading people and managing them. Interestingly, a leader who influences not only has vision but can implement it. Those who manage treat people more like resources; management is not leadership but is more administrative. You manage resources but a real leader values people. The seminar was both engaging and humorous. Sitting together we all became as sponges soaking in these invaluable lessons from our aged comrade. It certainly was a privilege to sit under his tutorage…

In this latter season of his life the general continues to lead by teaching integrity in leadership classes in our colleges around the country. His invaluable lessons, wisdom and his life experiences are being poured into the youth. In some of the academic colleges the young students are required to sign a code of honor, high standards are to be upheld.

The general has noticed that our era is plagued by a lack of leadership. Leadership is very valuable, but very absent in a lot of cases. Where is the courage to lead? Men are not being leaders in the home. Credibility comes from setting a good example to them. Never tell your children, “do as I say––not what I do.” A strong biblical mandate is for the mother and father to lead in the home.

How we need to glean from the life of heroic men like these, men who have invested wisely into the lives of others. Who have spent a life time to win souls for Christ.  One day they will be no longer with us, but with the Captain of their Salvation. They are the gems and jewels of God and shall shine like the sun forever. We would do them credit if we would honor them by following in their footsteps, as they have followed Christ. A good leader first learns to follow. The Apostle Paul, a major leader in the early church said: Imitate me, just as I also imitate Christ.

After a moment of reflection, now can you answer the question, “Are you a leader?” Do you see yourself lacking in any of these essential qualities of leadership? Ask the Lord to enable and strengthen you to become a good leader. Look around, who can you pour into? If you acquire these leadership qualities then you will make a difference in this world.